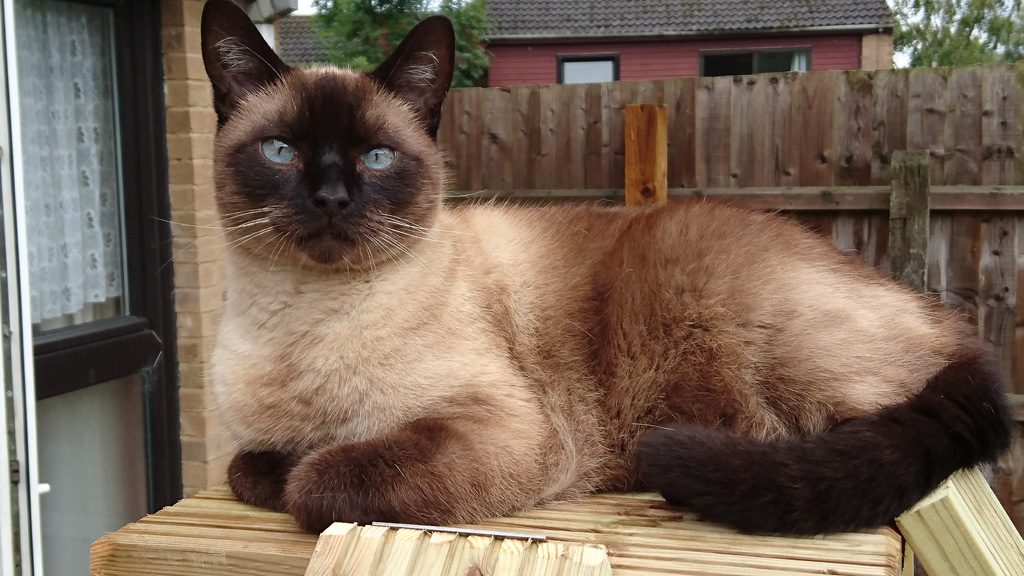 This section is dedicated entirely to our beautiful little cat, Mika. Since I had so many images and video clips of him, I decided it was probably best to pull them out of the video and photo sections, and put them together on their own page.

Mika was a Siamese Cross (so we were told by people ‘in the know’… he seemed pretty purebred to us) who we adopted from NANNA Animal Rescue in October 2009. A lady found him under a hedge, along with two other kittens. Sadly, one was already dead, while the other ran off before she could get hold of it.

We chose the name ‘Mika’ because it suits either male or female, and for the first few weeks he was too small for anyone to determine the gender.

Like all cats, he developed his own little quirks and habits which made him unique. Not only did we love him to bits, but everyone who met him also seemed to fall in love with him, from the staff at the local vets, to anyone who visited the house. We put it down to his beautiful blue eyes.

Mika suffered from mild pendular nystagmus, which means his eyes would twitch involuntarily left and right. It wasn’t serious enough to cause him to tilt his head or walk in circles, but he wasn’t as agile as ‘normal’ cats. He could run, play, and chase birds, but his balance was not very good on narrow ledges. Consequently, he was overly cautious when climbing or jumping.

Sadly, Mika’s life ended very prematurely on November 1st, 2018, after a brief period of illness. It came as a great shock, and we miss him terribly. Below is a glimpse into his all-too-brief nine years with us, during which he received (and gave!) nothing but love, and brightened our lives immeasurably. We hope you enjoy these images and videos as much as we do.

Run free, little buddy. Thank you for so many happy memories.