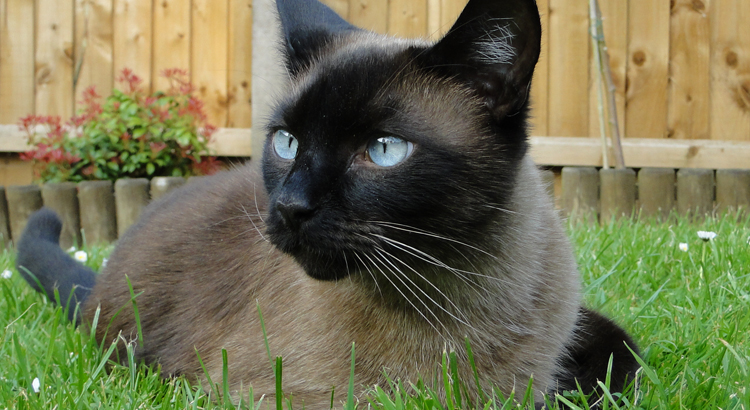 Our beautiful, beloved cat Mika sadly passed away last week after a brief period of illness. It came as a huge shock, and we miss him terribly.

On the morning of Wednesday 24th October, we were woken by the sound of Mika being sick. In itself, this wasn’t unusual, as he had a history of occasionally being sick in the mornings. We had previously had him checked out by a vet, but they found nothing wrong, and put it down to occasional nausea caused by his mild nystagmus – a condition which causes the eyes to flick rapidly from left to right. On this occasion though, it sounded different… as if he was being sick and coughing up a furball at the same time. Throughout the day, he barely ate anything. We weren’t overly concerned at this point, as it happened sometimes, and he was still alert and mobile.

The following day, he still wasn’t eating, and seemed quite lethargic. Our veterinary practice was fully booked, but offered us a ‘sit and wait’ appointment for that evening, where they will try to fit you in once all pre-booked appointments have been seen. When they eventually examined him, they could find nothing obviously wrong. They concluded he may be off his food due to nausea possibly caused by the nystagmus, gave him an anti-nausea injection which would last twenty-four hours, and said bring him back if things don’t improve. When we got him home, it seemed as if that had resolved things; he was bright and alert, and eager to eat. We were relieved.

Click here for more about Mika, including photos and videos.

Unfortunately, around three hours later, he was once again lethargic and off his food. We decided to see if he improved overnight, but he didn’t. On Friday morning, we called the vet again. They had no appointments for that day, but arranged one for Saturday morning.

On Saturday morning, they re-examined him and again found nothing obviously wrong, though he was a little resistant when they squeezed his abdomen. They took some blood and tested it while we waited. The results were all normal, except for slightly elevated potassium. They decided he needed to be admitted for further examination, but as they were short staffed that weekend, transferred him to another local veterinary service. 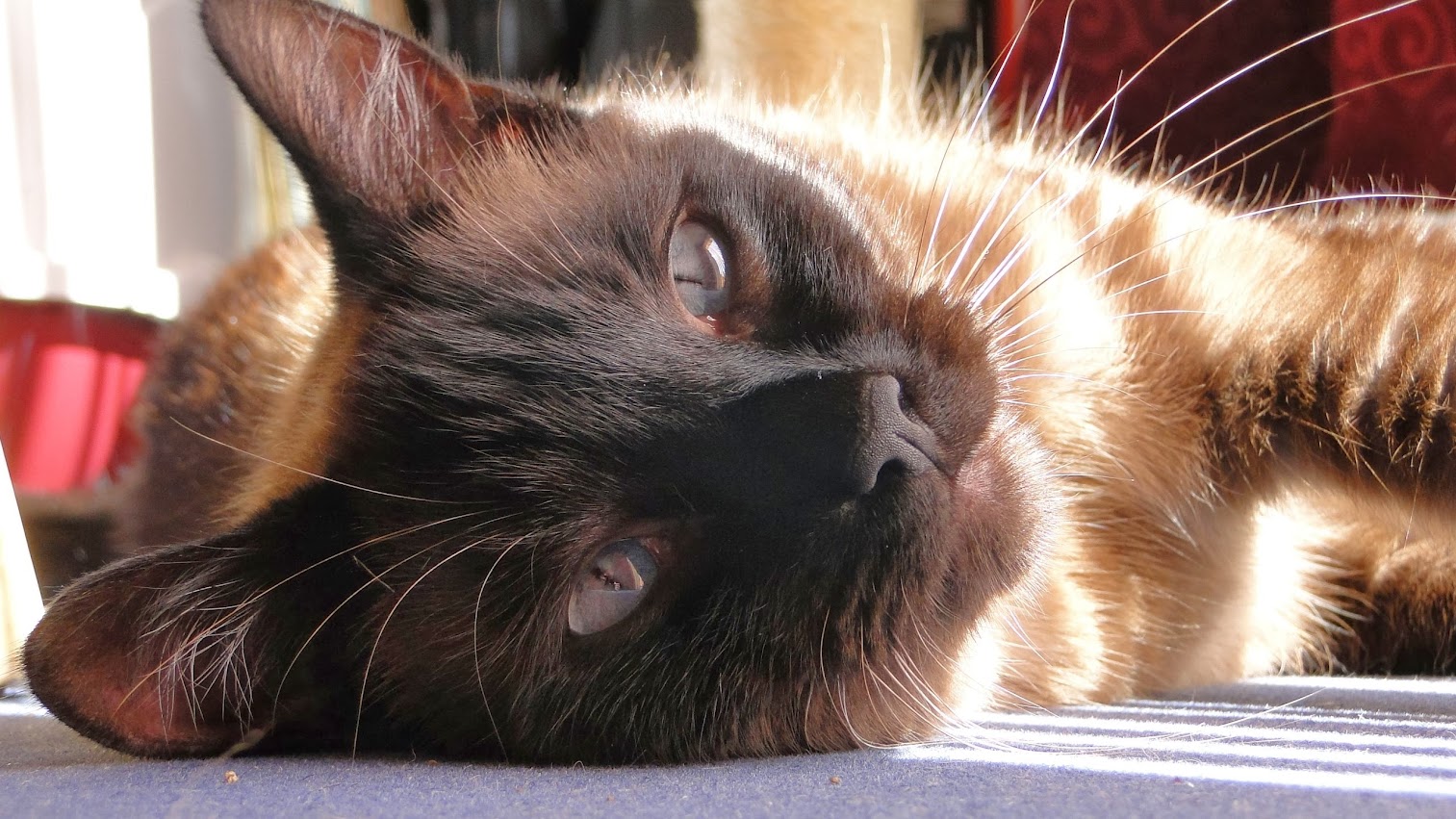 He was admitted, and the plan was to give his abdomen an ultrasound scan later in the day. This scan revealed fluid in the abdomen, but no obvious cause. We were told that the fluid was likely to be the result of infection and/or inflammation, and that there were a number of potential causes, from tumours/cancer to feline infectious peritonitis (FIP). There also appeared to be some ‘nodules’ in the abdomen, but the fluid was preventing a clear scan. More blood was taken for testing, but as the labs were closed for the weekend, a sample of the fluid could not be taken until Monday 29th, at which point he would also have a heart scan to see if the fluid was leaking from the heart. So Mika was kept in for the weekend. We visited him on the Sunday evening, and although he still hadn’t eaten, the medication they were giving him meant that he was quite bright and alert. He did seem very nervous, but he never did like strange people, noises, or places.

On the Monday, we received a call to say that the heart scan was all clear, and a sample of the fluid had been taken and sent for testing. He had apparently eaten a little, and seemed alert and fairly happy. We were then told that we could bring him home for now as the various test results would take from two to five days. So, feeling slightly relieved, off we went to collect him. We were given some pain medication and anti-inflammatory tablets to give him, starting the next day. When we first got him home, he seemed very happy, but it soon became apparent that he didn’t want to eat, and he began to look lethargic again. We thought it may be down to the stress of being held in a strange place for a few days, so we kept an eye on him but mostly left him in peace to unwind. 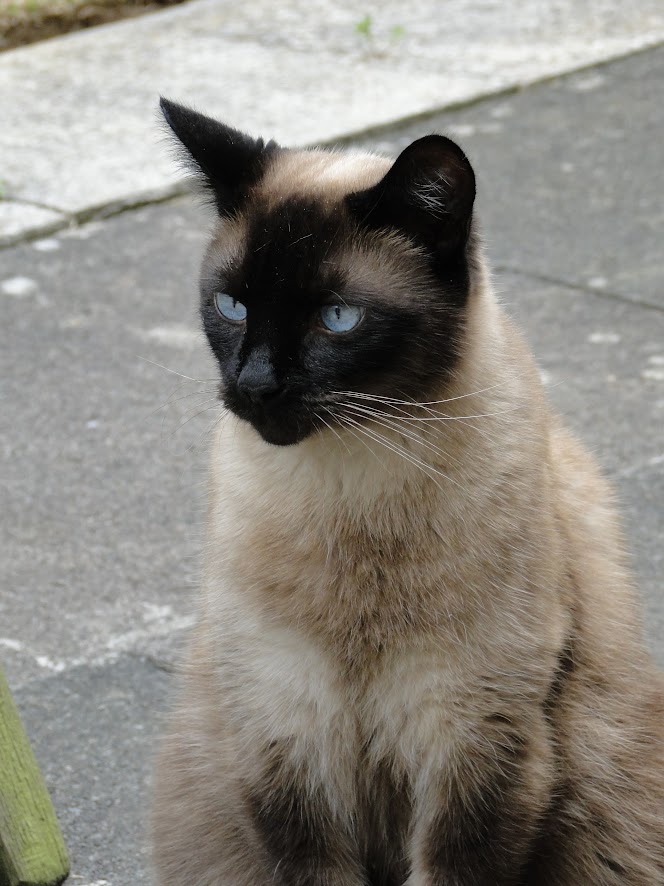 We didn’t know it at the time, but this was the last night Mika would spend with us at home.

On Tuesday morning, he looked worse. His abdomen was more swollen, he still didn’t want to eat, and while we got him to take the liquid pain medication, try as we might, we just could not get him to take the anti-inflammatory tablets. We opened his mouth and dropped them in as we’ve done successfully with other medication previously, but he kept spitting them out. We crushed them and mixed them with his favourite treat, but that didn’t work either. Eventually we had to stop as he was becoming more and more stressed. We called the vets, and they advised us to take him back in, as the medication was important. They gave us an afternoon appointment, and we took him back. We really didn’t want to, but it was the only way to be sure he got the medication he needed.

Early evening on Wednesday 31st October, the vet phoned us to say that the first test results on the fluid had come back.  They showed no indication of cancer, FIP, or anything else. They were still cautious, but said that in their experience, the rest of the results would also be negative. At this point, things seemed to be heading in a fairly positive direction. Clearly something was not right, but anything really nasty seemed to be getting ruled out. The biggest issue at this point seemed to be that Mika had barely eaten for a whole week, so the plan was now to put him under a general anaesthetic in order to put a feeding tube in his neck so they could pass nutrients directly to his stomach, ensuring he got what he needed without the stress of force-feeding him orally; if he started to become malnourished, it would only compound his other problems.

At the same time, they would reduce the amount of fluid in the abdomen and take biopsies of the nodules to try to determine what was going on. These procedures would be carried out on Thursday, 1st November. We – perhaps foolishly – allowed ourselves to get our hopes up a little. His bloods were normal, the tests for the nasty stuff were all negative, and we were finally going to get to the bottom of what was wrong and make some real progress towards getting him healed and home.

How hopelessly and utterly wrong we were. 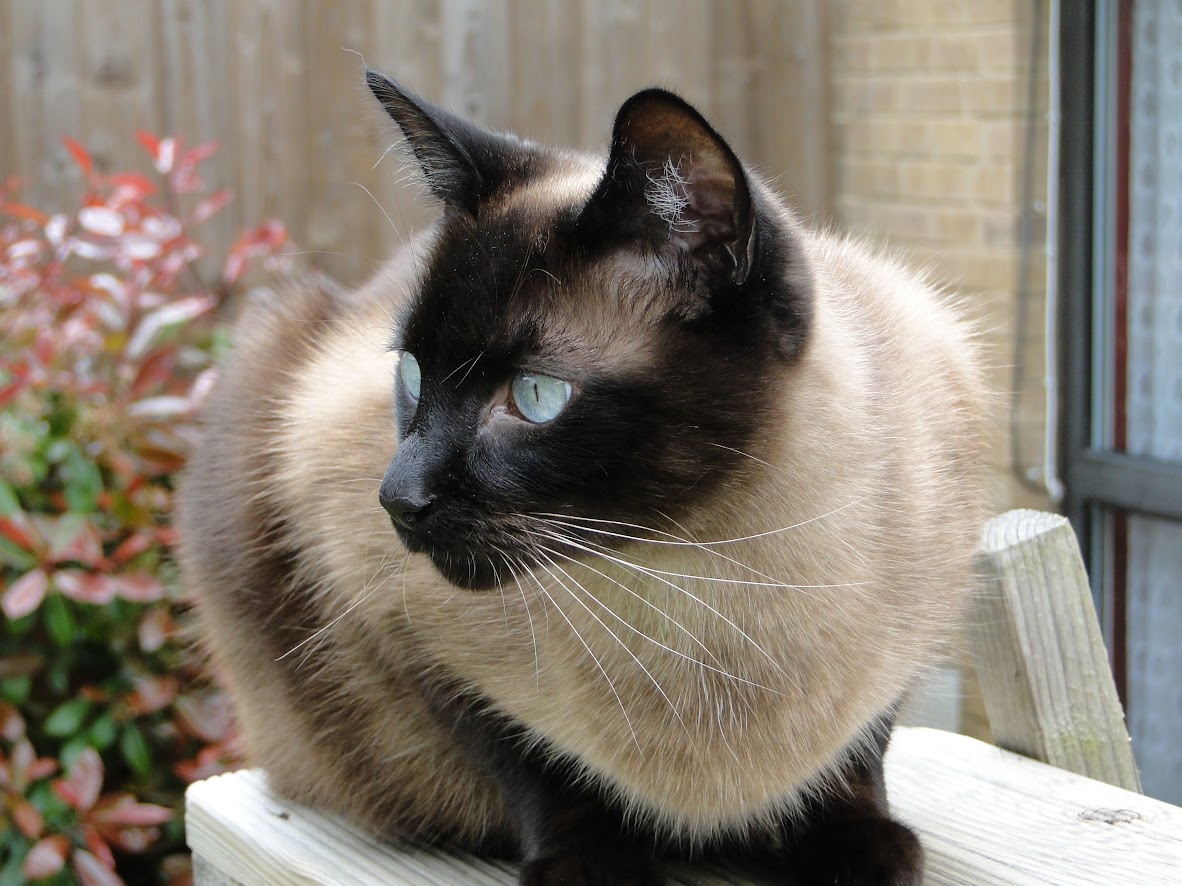 At around 12:30pm on Thursday 1st November, we received a call from the vet. They had opened Mika up and were astonished by what they found. His pancreas was oozing an almost effervescent liquid, and was essentially falling apart as they touched it. His other organs also showed signs of infection and inflammation. There was nothing more they could do, and they said they had never seen anything like it.

We were stunned. Devastated. They would close him up and bring him round from the anaesthesia in order for us to get there and say our goodbyes.

We shared just a few final minutes with him, showering him with head rubs and kisses, crying our eyes out. The vet asked if we were ready, and we nodded. It was all over in seconds. The vet left the room, and we sat with him for some time.

When we were done, the vet asked if we would like them to take more samples for testing to find out the cause, but we declined. It wasn’t going to change anything, and we didn’t want him to be cut up any more than he already had been. We suspect it was something genetic. After all, he was a rescue kitten, and  – as crude as it sounds – given their potential value, who would dump healthy Siamese kittens?

His ashes will be ready to collect in another week or so, and we will bring our special little guy home for the final time.

Rest in peace, little buddy. I’m so sorry we couldn’t help you. We love you, and we miss you.