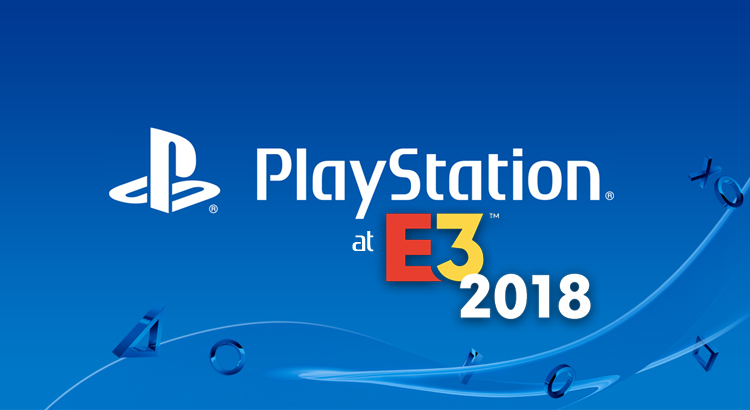 Sony tried something a little different for their E3 conference this year, and while I imagine the first part was quite atmospheric for those in attendance, I don’t think it really worked that well for those watching at home – especially those outside the US.

As the main focus of the show, Sony had promised what they called a “deep dive” into four of their highly anticipated upcoming games. It started with the audience in a large tent decorated with fairy lights, which all seemed a bit strange. At least, it did until they showed the first gameplay of Naughty Dog’s The Last Of Us: Part II, which began with a scene set in a very similar looking tent.

It was after they finished with TLOU2 that things took a detour from the norm. At this point, there was a seemingly endless intermission (around 20 minutes, but it felt longer) while they moved the entire audience to another location. They of course filled this gap with a panel discussion which introduced and chatted about various other games, but for many of us in the UK and Europe who had stayed up until 2am on a week day to watch, it was a very unwelcome delay. On social media, the frustration was extremely evident, and when the show finally resumed, you could almost hear the sighs of relief.

Anyway, what about those games?

The Last Of Us: Part II

Up until this point, this was my second most anticipated game behind Days Gone. After this showing, the two are neck and neck. Part II looks as if it’s going to be just as emotional as the first game, but far more brutal. And I can’t wait!

After the reveal trailer last year, there were complaints about the violence on display. This showed more of the same, perhaps worse, within the actual gameplay. There have been more complaints, but personally I don’t know why there’s so much fuss. Yes, it’s brutal, but it’s an 18-rated game with content not dissimilar to popular adult-themed TV shows and horror movies. It most certainly is not for kids, and adults can decide for themselves whether they wish to play or not. All I’m concerned about is getting a release date, but I’m guessing that’s at least another twelve to eighteen months away.

Next up after the extensive intermission was the new game from Infamous developer Sucker Punch, Ghost of Tsushima. I’d been looking forward to seeing more of this since the stunning reveal trailer at Paris Games Week 2017.

Visually, I think this may be the most impressive game on the PS4, but in terms of the gameplay, what I saw left me a little disappointed. The core mechanic seems very similar to the basic hack-n-slash games of the PS2 era, albeit with some fancy finishing moves and dramatic cut-scenes when you kill certain enemies.

What disappoints for me personally is that from the dramatic reveal trailer last year, I was expecting something a little more… involved; a little more complex. It’s obviously too early to say that this is all the game will consist of, and I’ll be keeping a close eye on it and hoping that some more depth is revealed in time.

Anyone who has seen anything about Hideo Kojima’s latest game, Death Stranding, most likely has a huge Metal Gear Solid style question mark above their head whenever they think about it. There are precious few details about what’s going on, and what we’ve seen is utterly bizarre.

By the way, how is it that the photo at 3:43 in the trailer doesn’t get stomped into the mud? All I can say about this one is that I’m intrigued to know what the hell it’s all about, but I think it might just be a little too strange for my tastes.

Marvel’s Spider-Man marks Insomniac Games first wholly original PlayStation-exclusive game for five years, and they appear to have made an awesome job of it. It’s fast, smooth, and visually impressive, with a seemingly huge variety of entertaining combat moves.

Although I’ve been a Spider-Man fan since an early age, I have never yet bought a game based on any super hero. I don’t really know why exactly, but super hero games have just never grabbed my interest. This might – might – be the game to change that.

Was it good for you?

So was it a good show? Over all, I’d have to say yes. In terms of organisation, not the best they’ve ever done by a long way; but based simply on the quality of what was shown, it was pretty solid. The delay after the first segment didn’t do anyone any favours, but the strong content made up for it.

Rumour has it (see the first comment on this PushSquare article by editor Sammy Barker) that they planned to move the audience to a new location for each of the four games they were showcasing, but abandoned the plan after the first switch took so long. If that’s the case then I’m glad they did, otherwise there’d have been an hour or so of awkward, probably unscripted panel chats, and I think half the audience would have switched off. It’s nice that they thought to try something different, but hopefully they’ll keep it simple next time.

I have to say, though, that the show itself wasn’t at all what I was expecting. When Sony said they were going to provide a “deep dive” on each of these four titles, I was expecting something… well, deeper. Some kind of commentary or verbal input from the developers, perhaps, as they were playing through their games, detailing what was going on, what features they had included or intended to include.

Instead, “deep dive” essentially translated to an “extended play-through” of each game, with no discussion whatsoever. Plus, in terms of the footage, nothing was really any ‘deeper’ or more extensive than the initial reveal of Days Gone at E3 2016, or indeed many other games they’ve revealed in the past. Not that I’m complaining about what we were shown, but it wasn’t a “deep dive” in any sense.

Anyway, that’s it for E3 until next year, when hopefully there will be new game reveals, and perhaps even the first news of some new hardware.