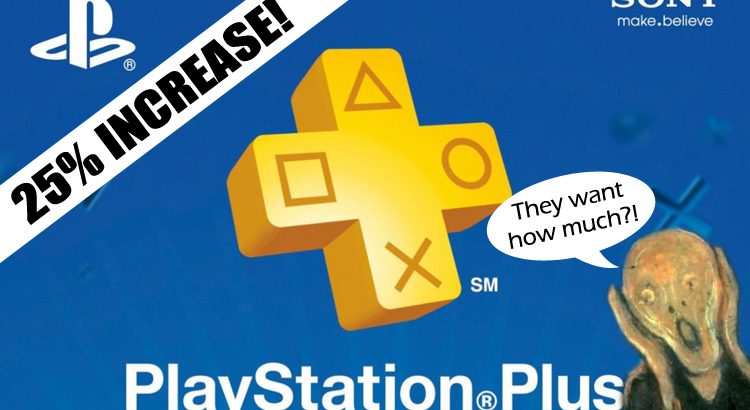 As expected, the recent PlayStation Plus price increase which hit America late last year was finally announced for the UK and Europe this past Friday. Also as expected, some people aren’t very happy about it, with many on social media and gaming forums reacting with the now seemingly obligatory outrage and virtual pitchforks.

Granted, as percentages, these are large increases, and at the top end, £50 is a quite a chunk of change for a lot of people. It is, after all, the price of a new game. But is it unreasonable? Personally, I don’t think it is for what’s on offer. Let’s put aside the irritation of having to spend yet more money for a moment, and look at it objectively.

First of all, it should be noted that this is the first price increase the service has seen since it launched at the end of June 2010 for £39.99 and serving PS3 only. Even if it were still PS3 only and had remained unchanged, the lack of a price increase in those seven years would be fairly impressive. As it is, new features have been added, and there’s been a huge increase in cloud storage (from 150MB to 10GB). Then there’s the biggest change of all: two more platforms have been added to the mix. With all platforms included, they now offer you up to seventy-two games per year, and they’ve asked no extra for it, until now. Is that really unreasonable?

With just one platform, you get twenty-four games per year to choose from. With two platforms, you get forty-eight, and with three, you get seventy-two. Most people should be able to find enough games to easily justify the subscription cost.

Ultimately of course, the value of PS Plus comes down to what you take out of it. If you only want to play online on your PS4, then it’s fair enough that you may possibly see it as a bit of a rip-off. At the other end of the scale, if you religiously take advantage of all of the games offered for all three PlayStation platforms, you’re getting an absolutely huge bargain, as previous summaries have shown. [2014, 2015, 2016]

However, even if you fall between the extremes, the chances are that if you help yourself to only a few of the games they offer over the year, you get more than your money’s worth from the service. I personally fall into this category. I’m not a person who will take something I have no interest in, even if it is ‘free’, and as such – even though I own a PS4, PS3, and PS Vita – on average, I will probably take only four or five titles over the course of each annual subscription period. Even in the unlikely event that those games don’t cover my annual subscription cost, the chances are that the discount on games I buy from the store over the same period will make it worthwhile.

That being said, it doesn’t mean I wouldn’t also like some tweaks and changes to the service to offer even better value. One option would be to allow the rental of a couple of movies in a month where the games are of no interest; and I mean any two movies, not just from a pre-selected few. Others have suggested a tiered system, where you could pay a lower price just to play online and forego any ‘free’ games, and/or a reduced price for those with just one or two of the platforms.

In short, options are rarely a bad thing, and offering something which users can tailor to suit themselves each month – even if only in limited ways – could only really work in Sony’s favour in the long run. Of course, if you’re the optimistic type, this increase may just signify that some changes to the service are imminent. We can but hope!

One final word: Don’t forget that subscriptions ‘stack’, so you won’t waste any months you’ve already purchased; you can buy now at the current price and the months will be added to the end of your current subscription, pushing your membership well beyond the date of the increase.

If you have ideas for things you’d like to see offered in PS Plus, I’d like to hear them!