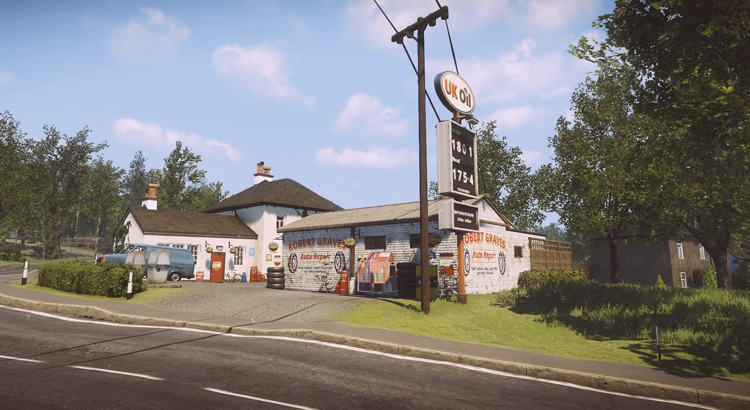 I’m a bit late to the party with Everybody’s Gone to the Rapture, as I only picked it up recently in the SCEE sale. I just wanted to post a little something about it, as it has left me with my opinion divided.

I’m aware that some people describe Rapture and games like it, rather disparagingly, as “walking simulators”. Well, each to their own I guess; but as an older gamer, I quite enjoy an occasional slower-paced game where the focus is on exploration and story, rather than running around shooting everything in sight.

I have to say that as a game, I really enjoyed Rapture. It’s beautiful to look at – perhaps one of the most visually stunning games so far this generation – and I found the story, and the method of telling that story, to be intriguing and original. My initial play-through was a pleasure. That changed, though, when it came to the trophies.

WARNING: Spoilers follow for those who haven’t played the game.

Rapture is a fine example of why trophies perhaps shouldn’t be compulsory for every game. Why? Because they feel like they’ve been shoe-horned in simply because they’re a requirement for modern games, and most of them are utterly tedious to unlock.

There are more like that, too. In total, more than a quarter of the trophies (5 out of 19) require you to stand around doing nothing for a total of 23 minutes. Have a look at the trophy list, and you’ll see that other than doing nothing, they mostly require you to do obscure things which you would never think of doing in a normal play-through of a game. In fact, if you didn’t look at the trophy list before playing, there’s only one that you’d be likely to get simply by playing through the game, and that’s the one for completing it. Although possible, it’s quite unlikely that you’d unlock any of the others simply by playing, and personally, I’d say that not one of the trophies is actually any fun to obtain.

The ‘collectibles’ are also made tedious by the limited speed of movement. The lack of a ‘sprint’ option isn’t really an issue during your first play through the game, as you spend a lot of your time listening to the various story elements and enjoying the truly beautiful scenery. But if you want that Platinum, chances are you’ll need to play through more than once – and then you’ll begin to curse it.

It would have been made much less tedious if, after completing the game once, a sprint option became available. Yes, I know about holding R2, but that only takes you from the pace of a Sunday stroll to normal walking speed. Plus, it doesn’t work inside any kind of building, even the large open barns on Appleton’s Farm.

Before you say it, yes I know trophies are entirely optional, and you don’t have to pursue them at all. I generally tend to agree. One look at my profile on PSNProfiles.com will give all the proof you need that I don’t bother to earn every trophy for every game I play. But if I enjoy a game, I do like to at least try and earn as many as I can. Usually, that’s fun to do; it can lead you to places you’d missed, or to attempt things you hadn’t thought of. But not here. Here it’s just a case of slowly re-treading old ground.

It’s an easy Platinum, that’s for sure. But it’s also one of the most tedious and fun-free you’ll ever earn – not because it’s a bad game, but because the trophies are poorly conceived. In short, by the end of my first play-through of Rapture, I loved it. By the time I’d unlocked the Platinum trophy, I was sick of it and couldn’t wait to delete it from my PS4. It really could have done with being a trophy-free game, so we could just enjoy the story and leave it there, without being tempted back and – frankly – tainting the experience.