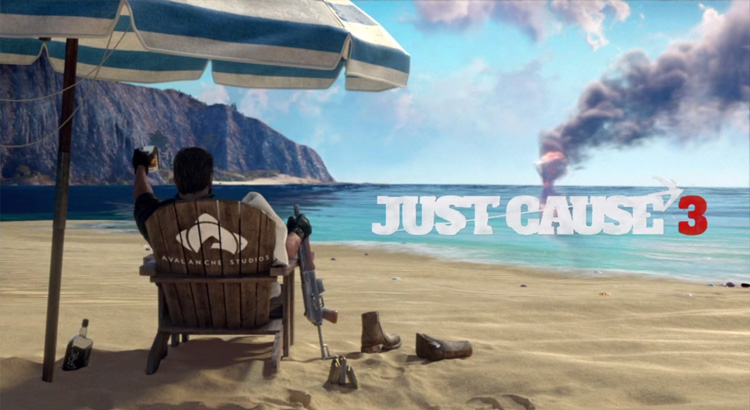 Online requirements for today’s games are becoming an increasing source of frustration for many gamers, myself included.

Despite lots of us being massively against the idea (as evidenced by the backlash at the initial reveal of the Xbox One), the complaints seem to be falling on deaf ears, and some developers seem to be gradually nudging us that way regardless.

Yesterday afternoon (UK time), the PlayStation Network went down for “maintenance”. It’s back now, but it was down for several hours. It wouldn’t matter to me though, as I was going to play Just Cause 3.

I fired up the game, pressed X to start and got the “Logging in…” prompt, then got kicked back to the title screen almost immediately. I tried again; same result. And again. And again.

My purely single-player game would not move past the title screen because it couldn’t get online!

The only way to get around this and into the game was to remove my network cable from the back of the PS4 to force the game into “Offline Mode”. How daft is that?

Now I know the game has some online features, such as Leaderboards and Call-Outs for challenges, but it’s still a single-player game. The game should not refuse to start because it can’t sign in online. Either make these elements unavailable, or store results for upload later when the connection is available again. Under no circumstances should we have to resort to unplugging the network cable in order to start the game – that is just plain ridiculous.

It’s not the only ‘online’ issue with this game, either. In the first few days after release, PSN was working properly, but there were some issues with Square’s/Avalanche’s own servers. Every so often, the game would get disconnected from them, which resulted in the whole game freezing for quite some time, displaying a message that it was attempting to reconnect. If it couldn’t, it eventually went into “Offline Mode”, but either way, it was very, very intrusive.

Compare that to a game like DriveClub where, if you’re racing offline and the server connection is lost, the game continues to play smoothly while displaying a single, noticeable but unintrusive line of red text saying that the connection has been interrupted. Then the game quietly attempts to reconnect in the background as you play, and when it does, you get a line of green text stating that the connection has been re-established, again without interrupting the gameplay. That’s how it should be done!

I love Just Cause 3. It’s a huge game, containing many hours of ridiculous, explosive fun. But the pervasiveness of online elements in single-player games has got to stop, especially when they are ill thought out and/or poorly implemented to the point where they become highly intrusive gameplay blockers when a network or internet connection is unavailable.