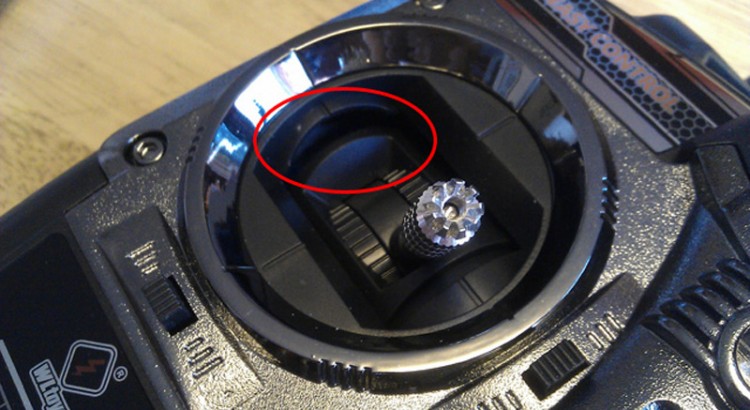 UPDATE – 21:18, 3rd August: Had an e-mail from Amazon saying that they won’t send out another replacement, the meat of which is this:

I’m sorry to hear that you’ve had the same problem with your replacement order.

I can certainly understand that you were not expecting this kind of trouble when you’ve placed your order.

As you’ve received a damaged item twice, we’d like to look into this further to make sure it doesn’t happen again to you or to other customers. In a situation like this, we don’t send out another replacement as it’s likely that there’s an issue with our stock of the item.

Kindly return the item to us to receive a full refund

That is absolutely fair enough. It’s great that they’re looking into the issue, rather than blindly sending out more potentially faulty items to me or anyone else. The only problem for me is that when I last looked online, I couldn’t find anywhere else in the UK selling this model. That was a few months ago though, so hopefully another search will turn up some other options.

For several months, I’ve had my eye on the WLtoys V913 4-channel helicopter

. My birthday has just come and gone, and I was lucky enough to get some money, so I finally decided to buy. It arrived on 1st August, and I spent 30 minutes or so in the garden taking photos for a blog post, as I’ve done with all my other models.

After that, I pulled the the transmitter from the box and noticed that the sticks felt loose. On closer examination, both stick assemblies had been smashed into the body of the controller, rendering it unusable. If you shook the controller, you could hear parts rattling around inside. Also, although there was no physical damage obvious on the helicopter itself, one rotor blade had punched clean through the inner cardboard box lining and the outer polystyrene padding (which is the better part of an inch thick), so it had clearly taken a fairly massive impact at some point.

It had been well packed for delivery to me though, in a box 3 times as large as the item and surrounded with scrunched up packing paper. It was sent by courier, and there wasn’t a mark on the outer box, so presumably this damage happened between leaving the manufacturer and arriving at Amazon – or perhaps even at Amazon’s warehouse. Anyway, I went through the necessary procedures on Amazon’s website to arrange for return (collection by courier) and replacement.

That replacement arrived today, packed nowhere near as well as the first – sent by Royal Mail First Class this time, and wrapped only in a makeshift cardboard sleeve and a plastic mailing bag. It didn’t really inspire much confidence in finding an undamaged helicopter inside, but once again the outer packaging was undamaged. I opened up the outer packaging and gave it a quick once-over before removing anything from the box. It all looked okay, so I opened the box and this time went straight to the controller.

My heart sank as I noticed the exact same problem. This time it was only the right-hand stick, but nevertheless it was another useless item. I’ve gone through the whole return/replace procedure again, and now have two of these things sitting here awaiting collection by courier. When I first placed the order, Amazon only had 3 of these in stock, so I’m hoping this last one is in working condition. I don’t know when they’ll get any more stock, and I’ve not yet found anywhere else in the UK who sells this model. It looks a lot better in ‘real life’ than it does in photos, and having seen it up close, I really want to get one which works. Fingers crossed!