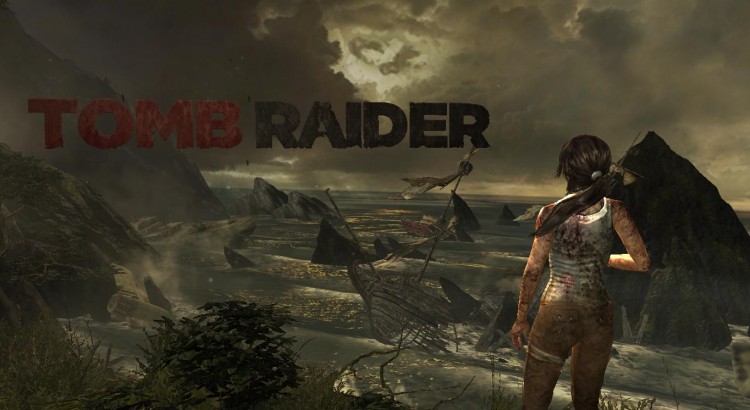 It also seems to be a wholesale rip-off of the Uncharted games. Don’t flame me – I’m not knocking it! Read on for an explanation before you get annoyed with me.

I know Uncharted borrowed heavily from Tomb Raider in the first place – pretty much every game in the genre owes something to the Tomb Raider series. But looking at this trailer, it’s almost as if some elements have been lifted directly from Uncharted, with only the character model being changed. The vertical climb up a plane perched precariously on a cliff; jumping, missing a hand-hold, falling and crashing through scenery; Lara walking injured, holding her side… you’ll see all those things in the first chapter of Uncharted 2: Among Thieves. Then there’s the log crossing, being chased towards the screen by exploding vehicles, and the desperate slide to seemingly inevitable doom only to be saved by the last-minute grab of a ledge. Swap the characters and this video could easily be the trailer for a new Uncharted game.

Don’t get me wrong – I’m not in any way saying it’s a bad thing. I’m a huge Tomb Raider fan and have always loved the series. In fact, when the original Uncharted was first announced, I actually said in a post on a gaming forum that I didn’t think it could beat Lara’s adventures. But I was wrong – for me personally, the Uncharted games took everything about Tomb Raider and massively improved it, with the possible exception of the puzzle aspects.

It’s not my intention to put this new Tomb Raider game down at all, but Uncharted has significantly raised the bar for this style of game and will take some beating. That said, I’d also have to admit that this is the first game that looks like it could be a challenger. It looks fantastic, and make no mistake, I’ll be pre-ordering it as soon as I can. If it’s only half as good as any of the Uncharted games, it’ll still be great.

I guess more than anything, I’m simply surprised at just how closely they’ve followed the Uncharted design. As Lara was the original, I’d have thought they’d try to make the game stand out, rather than (apparently) following the competition quite so closely. They say imitation is the sincerest form of flattery, and I guess Naughty Dog must be feeling pretty flattered right about now!