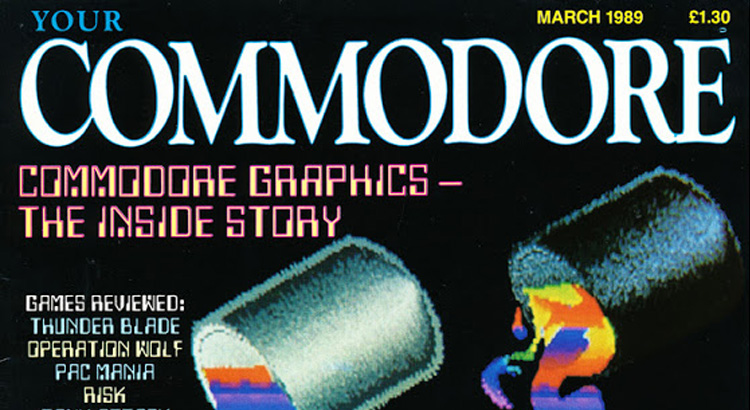 Yesterday, I was looking through some old images on my PC, trying to tidy things up and maybe reclaim a little space, and found some scans I took a couple of years ago from an old magazine.

I was going to upload them to my ‘old’ website, but never got around to it. Thought I’d stick them on here now in a blog post, since they have a bit of sentimental value to me. What’s so special about them? Well, it was the first time I ever made money from programming a computer!

As you may know (if you’re old enough, or simply a big enough geek), in the mid-to-late 1980s the Commodore 64 was the home computer of choice for many people. With the largest selection of games and some decent (for the time) business software, it was the best all-round system money could buy.

The late 80s was also the time that I was to start taking my A-Levels at school and needed something to help me type up notes and assignments. We had no typewriter, but I had my C64, plus an old Epson 80-column dot-matrix printer which my mum grabbed for me when the company she worked for were simply going to throw it out. The problem was that I had nothing to type documents with; word processors were fairly expensive, and mostly came on floppy disk… and I didn’t have a disk drive.

So… I decided to write my own software to enable me to create, edit and print documents and letters. It was pretty basic stuff. It could only handle one page at a time, had very limited editing and formatting facilities, and there was no spell-check. The important thing was that it worked, and actually offered (via another program typed in from Your Commodore magazine) an 80-column display, at a time when almost every professional C64 word processor had a maximum of 40 columns.

Since I found the program so useful, I figured others might, too. So I decided to submit it to Your Commodore to see if they’d publish it. I gave it the thoroughly unimaginative title of Letter Writer, and sent off the submission, which consisted of copies of the program on tape, a hardcopy listing and detailed instructions.

Unfortunately, the original version was a little too limited, and they rejected it. I was fairly disappointed, but took on board their reasons for the rejection, improved the program accordingly, and re-submitted it.

This time, they accepted it, and it appeared in the March 1989 issue of Your Commodore. I can’t recall the exact amount, but they paid me something like £115 for publishing the program, which was a lot of money for me at the time, and officially made me a published programmer at the age of 17. In true geek fashion, I spent the money on a disk drive for my C64 – an Oceanic OC-118N, with a copy of GEOS. So I finally got my disk drive, and a ‘proper’ word processor in geoWrite.

An updated and improved PC version of the program later helped me pass my Computer Science A-Level. After leaving school, I’m fairly certain that being able to produce a published program was a significant help in landing my first job: a trainee Database Analyst/Programmer with a Direct Marketing company; I showed a copy of the magazine at the interview, and subsequently got the job. So I guess I have a lot to thank that little program for!

The scans are included below. No doubt the program would work in a C64 emulator, but unless you can find a copy of Jens Meyer’s ROM 80 program (see the instructions – it appeared in Your Commodore in January 1988) it won’t do you much good.