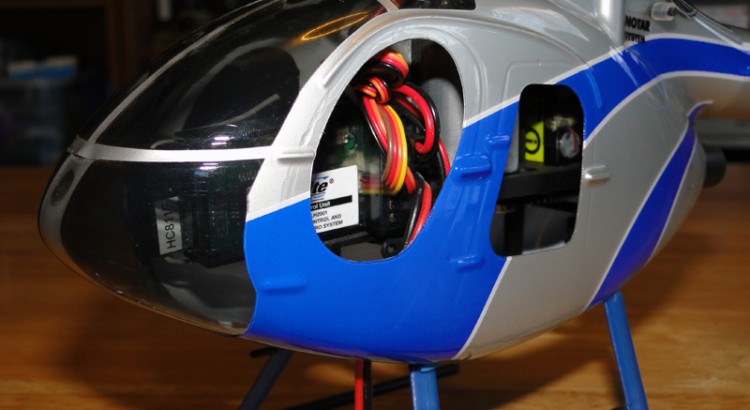 After the hell that is the first lawn cutting of the year, and with no sign of the rain the MET office had promised us for the weekend, I decided yesterday that it was the perfect opportunity to get the batteries charged up and take my helicopters out into the garden for the first time.

I apologise for the lack of any close-up shots in these videos. Unfortunately, while it was dry and reasonably warm, there was also a fair old breeze – not much, but because the helicopters are so light, it was enough to affect flight. I tried as hard as I could, but as you’ll see from the videos, there were some fairly wild spins and direction changes. I had no-one else to operate the camera, and I didn’t want to risk damaging the helicopters or the camera itself by flying too close and losing control.

I first tried flying the Blade CX3, complete with training gear. I managed to get a few minutes of decent, relatively controlled flight in between gusts, but eventually decided to call it quits to avoid causing damage to it.

Afterwards, I decided to have a go with the SYMA Chinook. Not only has this already proven to be an extremely robust model, but it’s also a lot cheaper, so I wasn’t overly concerned about it getting damaged. In fact, one of the very first things I did was send it up to about 30 feet, ‘just because’. But that’s not something I’ll do too often, because control really does become more of an issue when it’s practically right over your head. At least I managed to get it back down in one piece!