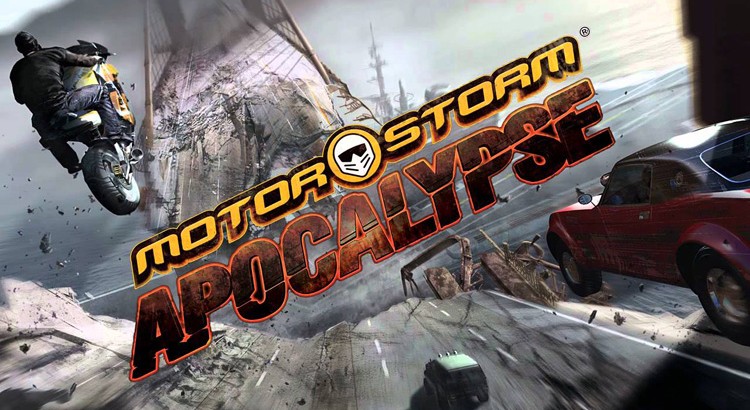 Earlier today, Twitter buddy and fellow PS3 user @ps3mutt brought to my attention the pretty shameless marketing of a certain online retailer. They had Tweeted that they had a number of copies of MotorStorm Apocalypse for sale, and provided photographic evidence via TwitPic.

Besides ignoring Sony’s decision to postpone the release of the game for matters of taste and decency in the wake of the Japanese earthquake and tsunami, they also appeared to be cashing in on people’s desire to play the game, as they were selling it for a massive £44.99. While it’s true that the price was still £5 lower than the RRP, it was still a gouge of epic proportions considering the ‘usual’ online price for new games is between £30 and £35. Even Homefront, also released today, is listed on their site at £33.75.

After receiving what I’m sure were no small amount of negative comments via Twitter, both the Tweet and the image were deleted fairly quickly. However, the game is still listed for sale, and the price has since been dropped to just under £40. The fact that they are still selling it at all is quite unbelievable. Even if you don’t find it disrespectful to the victims of the disaster in Japan, it’s at least putting two fingers up to Sony by defying their wishes, and also their own customers for trying to squeeze extra cash out of them.

I’m certainly not one of those overly touchy-feely types, and I don’t usually agree with postponements of this nature. The game has been in development for a long time, and it’s nothing more than coincidence that it was due for release now, and features two of the natural disasters that hit Japan last week. But that doesn’t change the fact that, at the time of writing, over 16,000 people and counting have lost their lives in Japan. The creators of the game, Evolution Studios, are owned by Sony, and (as if you needed telling) Sony are a Japanese company – so of course they’re going to be sensitive to releasing a game featuring earthquakes and tsunamis at this time.

There has been no mention in the mainstream media (that I’ve seen or heard) of Sony’s decision to postpone the game, nor the more significant fact that they’re donating ¥300 million and 30,000 radios to the relief effort. But we all know that had they gone ahead and released the game as intended, there would be an absolute shitstorm of controversy, with Sony being painted as an evil, money-grabbing company, cashing in on the suffering of their own people. The media would leave people who didn’t know better with the distinct impression that Sony knocked up the game in the last week for the sole purpose of cashing in on the disaster, when nothing could be further from the truth.

I deliberately haven’t mentioned the retailer’s name here, because I don’t want to give them any advertising, although I’m sure you could discover who I’m referring to without too much digging. But I sincerely hope that you’ll wait for a proper, official release, and buy from somewhere – anywhere – else rather than give these tactless cretins your money.

Having been in the beta, I was really looking forward to the game myself, and was disappointed by the delay. Even so, there’s no way this particular company will be getting a penny from me, even if they turn out to be much cheaper than other retailers. I’ll wait until Sony see fit to release the game officially, and purchase it elsewhere.