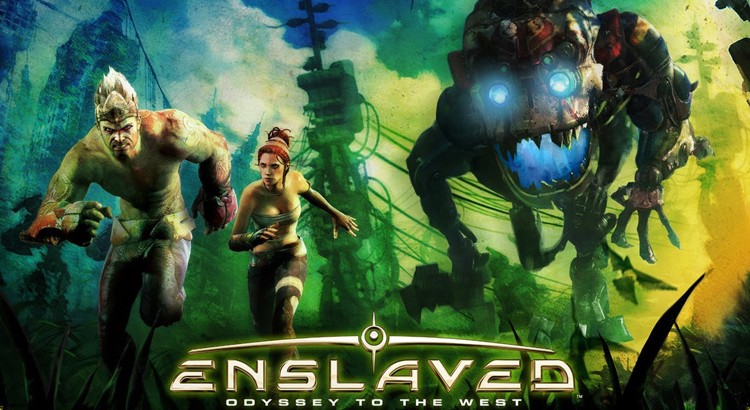 I finally got round to completing Enslaved: Odyssey to the West last night, and I have to say I’ve thoroughly enjoyed it. The story is great, the voice acting superb, the graphics are fairly beautiful (very similar to the Uncharted games in some places) and most importantly, the gameplay is fun.

There are also some genuinely humorous moments of dialogue in the cut-scenes. It’s not quite Uncharted 2 standards, but it’s certainly not far behind.

It’s also quite a challenge. Well, it was for me, anyway. I started playing on Hard, and was doing okay until Chapter 6: Village Approach. Perhaps I had just chosen poorly in my upgrade paths, but I found the end of this section to be a huge difficulty spike, with a seemingly endless torrent of mechs. I just could not get past this section, and so I’m ashamed to say, I switched to Normal difficulty.

Since completing the game, I’ve re-started in order to pick up the trophies I missed first time through, and I’m happy to say that your upgrades carry over to subsequent games. So hopefully I’ll be able to get past that section on Hard next time.

The game is not without a few issues here and there. There’s some screen tearing and some texture pop-in, and the reloading after each death occasionally gets a little frustrating. I also experienced a few minor control issues, where – after attacking the mechs – I sometimes had to release the left stick for a second in order to move. But none of that detracts from an otherwise brilliant game.

Now just a word of warning: From here on, there are some story-related spoilers, so if you’ve yet to play the game, you may want to stop reading right here. Or at least, read the next part with your eyes shut. 😉

The only thing that did spoil the game for me a little was the Masks you collect. More specifically, what they reveal to you, and build towards at the end of the game.

Whenever you collect a Mask, the ‘flashback’ images you’re shown are real photos – presumably of the cast, crew and developers, as there are some which look like Andy Serkis’ holiday snaps. While the game’s graphics are excellent, especially in the cut-scenes (she may only be a CGI character, but Trip is beautiful, and her expressions occasionally astounding), the art style means that they do not look real. So I found that the images pulled me out of the game world with quite a jolt; they just seemed out of place. Also, when you reach Pyramid at the end of the game, the video you see Monkey and Trip watching is also of a real-life Serkis playing a role.

While there’s nothing wrong with the story itself, I personally found the use of real imagery to be quite jarring, and not really in keeping with the general feel of the game. But it’s so unusual that perhaps that’s the point. Perhaps there’s to be a Matrix-like sequel where Monkey and Trip discover that they’re all inside some virtual reality, just as the slaves were supposed to be?

Whatever the reason behind it, I hope there’s a sequel to Enslaved, because it is a hell of a good game. And Trip is too beautiful to be a one-hit wonder.